In the summer of 2021, IEI Pakistan organised a summer camp for children in the Khyber village of Gojal, Hunza. The camp was focused on creating joyful learning experiences for children using storytelling, but the kids were given the opportunity to explore various mediums to express their creativity and voice their thoughts. One such medium was short filmmaking.

Watch the short films produced by children. All films were shot and directed using smartphones by the students and then edited in final cut pro by IEI Film & Media Lead

Read more below about the filmmaking projects by children as narrated by the lead volunteer, Haleema Hasan: in her reflections

“One of our storytelling sessions featured a short story by Let’s Read Asia platform called “Lights, Camera, Action!”. The story revolved around a young girl attempting a media production assignment for the first time. Through this story, we introduced our students to filmmaking concepts of editing, production and interviewing. After the storytelling as a creative art and expression activity was conducted, students were divided in three groups with each group instructed to pick a topic of their choice and create a short film. Umaima Soomro, a filmmaker by profession and leading IEI’s film & media for the programme, introduced children to the significance of storyboards and elements such as color schemes (warm or cool) and the significance of setting in filmmaking. We also prepared a sample storyboard based on the IEI team’s journey to Khyber in order to familiarize the students to the concept of storyboarding.” 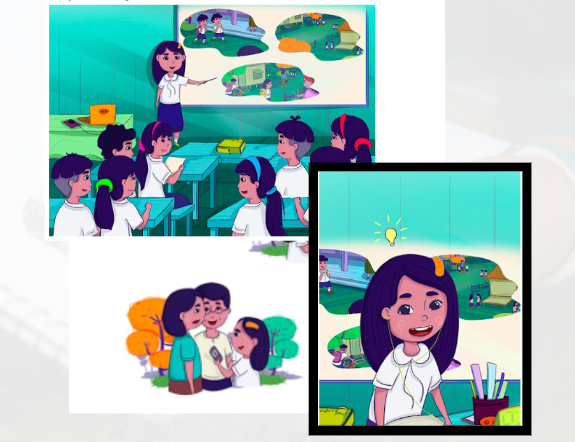 “Our students prepared nine-shot storyboards for minute-long films on the following topics; “The Rare Fruits of Khyber”, “Khyber: The Land of the Ibex”, and “Body shaming”. The students demonstrated remarkable interest and understanding of the filmmaking process, carefully selecting their settings and color schemes. For instance, students producing the “Body shaming” film chose a cool color scheme to match the somber topic of the film. They also selected their topics based on group strengths such as availability of fruits, good narrators, good actors, etc. All films were written, directed and shot by students using smartphones provided by myself and Umaima. The student groups required some support from us in crafting the storyboard, deciding the setting and film direction. However, the ideas and creativity were entirely their own. Since this activity was fairly new and different from what we had done in the past days at the summer camp, I was uncertain about the students’ willingness, but they responded to the exercise with enthusiasm and even invested additional time before our next session to shoot the film at different settings. Once students were satisfied with their shots we took the footage back to IEI Volunteer Residence and Umaima edited them to bring them into the final shape.” 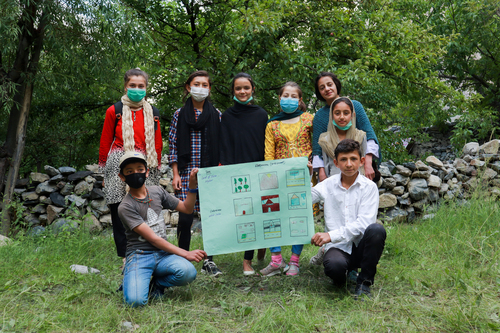 “This activity also taught me about filmmaking and made me more confident about introducing different expressions of art and modes of storytelling to my students. It also allowed us to be vulnerable about issues that were important to us; from respecting the land as tourists to understanding the harmful effects of body shaming, all of us attempted to be as honest as possible in this activity. It was a truly humbling experience to witness the students craft their stories and bring them to life through film. I hope that they will carry this enthusiasm and sensitivity into the future, emerging as the next generation of talented filmmakers and storytellers.”

Are you an Active Citizen looking to give back to the communities? Do you like Travel & Adventure! Find out More!

Our Programs are not possible without the support we receive. You can make a difference by contributing and helping us make these programs a reality!

BE A PART OF IEI TEAM